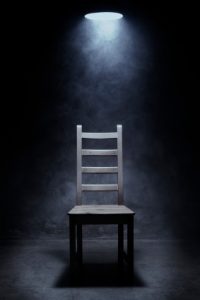 Are your books based on things you experienced as a police officer?

Not really. There are some situations I’ve written that were loosely based on something that happened during my career, but most of the stuff I write comes straight from my weird mind.

Do you have a favorite book that you’ve written?

That’s like asking a parent if they have a favorite child, lol! They’re all my favorites—for different reasons. A Dozen Deadly Roses was my first book, therefore my first book “child.” A Deadly Blessing was chosen by Barnes and Noble as one of their best Nook books of the year. A Deadly Justice was a book about burglars, and when I was a police officer I LOVED capturing burglars. A Deadly Denial is probably my best ending and is populated by some of my best characters. A Deadly Beauty captured sibling rivalry and had one character grow up before the reader’s eyes. A Deadly Prayer was inspired by a true incident…something that happened about forty-five years ago. A Deadly Blood Moon has a character somewhat based on my mother’s battle with Alzheimer’s disease. And finally, Collateral Damage probably has some of the best suspense I’ve written.

Have you ever had writers block where you just can’t get the story going again?

Not so much writer’s block. I’ve had times where I’ve had to step away because I knew something was wrong with the book, and I had to figure that out. Usually when I come to a stop, I’ll take a look and throw out maybe a chapter or two and see if rewriting those chapters gets me going again.

You’ve got some crazy character names in your books. For example, Cash McCool. Why do you give some of your characters unrealistic names?

Lol! I try to give some of my character’s distinctive names that can be shorthand to a reader as to what the character is about. Edison Watts was one of my favorite characters to write (in A Deadly Denial). He’s a talk show host with quite an ego.

Another reason I write some crazy-named characters is because if it was good enough for Ian Fleming, remember Pussy Galore and Holly Goodhead? I should be able to write weird names too.

The funny thing is, Cash McCool is the character name that most readers comment about…and I “borrowed” the name McCool from an actual person—but their first name wasn’t Cash.

Now that you’ve served the City of Los Angeles and are happily retired, what advice would I give a young person who is considering a career in law enforcement?

The job is harder in many ways than when I retired. I’d tell them being a police officer must be a passion for them, or a calling. If it’s not, and if they’re just after a decent salary and good benefits, they’ll hate the job and be a lousy cop.

If they’re single, I would tell them to be sure that before settling down with a spouse they explain the hours, the emotional and physical toll the job will take on them, and to a lesser extent to the spouse. I would tell them to close all their social media accounts and assume they are being recorded and videotaped EVERYWHERE, and that those videos will wind up out in the world. Have fun on the job when you can and don’t let the LAPD (or being a cop) become your whole life. There is life after wearing a badge.

Do you think book covers sell more books or the synopsis?

I think the cover because it’s the cover that makes the reader’s eye stop on the book in the first place. However, once that reader has stopped, I think the synopsis or blurb/book descriptions are equally important. You’ve got to further draw that reader in with the blurb.

What books do you like to read? I know you enjoy police thrillers, what other genres do you read. Who are your favorite authors?

I don’t read much outside of crime, police procedurals or thrillers, but when I do, it’s usually non-fiction. Time management, nutritional books are big right now, and some true crime.

Do any of your followers (fans), random people, or even friends or family try to pitch a story idea to you?

Yes. I’ve had readers say: Hey, you should write a story about XYZ. But sometimes the idea isn’t capable of carrying a whole novel. Or they’ve got a great idea, but an author doesn’t want to get accused of stealing someone’s plot.

Do you listen to music while write or do you like it quiet?

I know a lot of authors use music to help them write. If they’re writing a tense scene, they’ll have rapid and frantic music on. I like it quiet. I’ve disconnected the phone, I have noise-cancelling headphones. I often speak the dialogue in my books as I write it. A long answer to say I like it quiet.

Have you ever read something in a book and then put your own spin on it in your own book?

I hope not! Of course, there are only so many basic plots. What makes a story individual is the author’s voice and how they tell that story. You could take 10 writers and give them the same basic plot and have them write a story. All ten stories would be very different. An author’s voice is one reason a reader connects with a certain writer.

Who decides whether a patrol car should run code 3—lights and siren to a destination? The dispatcher, or do the patrol officers have the option to do what they want?

Generally, the response is dictated by the dispatcher. However, an officer has the ability to upgrade or downgrade their response depending on the situation. (At least that’s how it was when I was working.) It’s rare for an officer to downgrade a “hot shot” call. You don’t want to downgrade and have someone get hurt because you didn’t get there fast enough. More often an officer will upgrade a call. Maybe they’re familiar with the address and know the situation requires a more rapid response.

Did you ever have to deal with the media?

Not a lot. LAPD has a Media Relations Unit and they have public information officers who talk to the news, etc.

If you’ve read this far, let me leave you with this last thought…

A popular speaker started off a seminar by holding up a $20 bill. A crowd of 200 had gathered to hear him speak. He asked, “Who would like this $20 bill?”

He then asked, “Who still wants it?”

All 200 hands were still raised.

“Well,” he replied, “what if I do this?” Then he dropped the bill on the ground and stomped on it with his shoes.

He picked it up and showed it to the crowd. The bill was all crumpled and dirty.

“Now who still wants it?”

All the hands still went up.

“My friends, I have just showed you a very important lesson. No matter what I did to the money, you still wanted it because it did not decrease in value. It was still worth $20. Many times in our lives, life crumples us and grinds us into the dirt. We make bad decisions or deal with poor circumstances. We feel worthless. But no matter what has happened or what will happen, you will never lose your value. You are special–don’t ever forget it!”