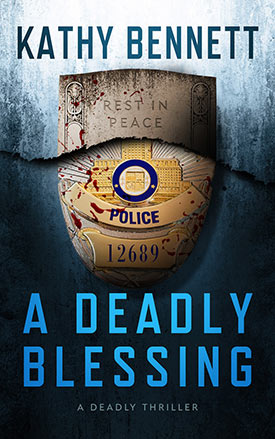 Politics is a dirty business…

When LAPD Detective Maddie Divine is called to a private meeting with the mayor and the governor, her instincts kick into high alert. Young women are disappearing, but why all the political secrecy? And why are the kidnappers targeting girls close to the governor? Maddie throws herself into finding the answers—a good distraction from she and her husband working on their crumbling marriage. But things are about to get worse—in more ways than one.

But death is dirty, too.

When one girl is found dead and no one claims the grisly deed, the clock continues to tick, and Maddie is running out of time. If her suspicions are right, death isn’t the only thing the kidnapped girls have to fear—clues point to the involvement of a notorious sex-trafficker. As the clues are revealed, Maddie and her partner set a trap. But with covert forces working against them, Maddie is ambushed, targeted before she uncovers the truth. Will anyone find her before it’s too late? Or will Maddie become the next victim?

“Maddie, do not hang up the phone.”

My partner, Darius Cutter, plucked my cell phone from my hand. “Hey, dude, she’ll call you later. The chief and the mayor are waiting for us.” He snapped my cell shut and handed it back to me. “Let’s go.”

“You shouldn’t have done that.” Immediately, the phone vibrated in my hand. The display showed a smiling photo of my husband — a photo taken when Travis was okay and normal. A pang of sorrow stabbed my chest.

“Ignore it,” Darius said, referring to the quivering phone. “Call him back when we’re out of our meeting.” He led the way out of the noisy detective squad room to the foyer where we’d catch the elevator.

I knew Darius was right. When the chief of police calls and orders you to a meeting with the mayor, you hustle your ass to get there. But my husband was on edge, to say the least. Guilt weighed heavily on me for putting work ahead of him, but I rationalized that Travis was a cop and knew that sometimes it was necessary. Meanwhile, I followed my partner while we traversed the Police Administration Building and then over to City Hall.

It’s not every day a girl gets to meet both the chief of police and the mayor of Los Angeles. I wondered why today was my day.

We stood in the lobby where we’d been told to wait for Chief Fryer and his adjutant. I twisted my wedding ring on my finger; a sure sign I was nervous. Technically, the chief is my boss, but as one of hundreds of LAPD detectives working for him, our paths had never crossed – until now.

I noticed a sheen sprouting on Darius’s forehead. That sweat on his mocha skin was the only giveaway he was stressed, too. “I don’t like this,” said Darius. “I expected the ‘hurry up and wait’ but we don’t even know why we’re here. I don’t like going into any meeting unprepared, much less one where the chief and the mayor are running the show. Why all the mystery?”

Pulling out my lip-gloss, I coated my mouth.

“Gettin’ gussied up, huh?” Darius said, glancing at me out of the corner of his eye.

“You bet. Didn’t you learn anything in the Academy? Remember improvise, adapt, and overcome?”

“I’ve adapted enough to improvise being your partner – although I don’t know if I’ll ever overcome it.”

“Touché,” I said. Looking through the glass door, I saw the chief’s navy SUV glide to the curb. “Here they come.” Immediately, the two passenger doors of the chief’s ride opened, with the city’s number one cop stepping out of the front seat and a uniformed lieutenant exiting the rear door.

If you called central casting, you wouldn’t find anyone who looked less like a chief of police than Marlon Fryer. His pasty pudgy face sat atop a Pillsbury doughboy body. His salt and pepper hair was styled in an elaborate comb-over that, in a breeze, would blow open, similar to a cellar door.

Even more surprising, the man was a dolt. The only reason he’d been appointed chief was because the Police Commission and the mayor bought into the media’s infatuation with having an openly gay police chief. The general idea was that maybe a chief with an alternative lifestyle would be able to turn the department into a ‘softer, more gentle’ police force. After all, this was L.A., where image is everything.

The lieutenant walking with the chief was a whole different animal. His face looked like granite that’d been taken apart and put back together again. Narrowing his eyes, he scrutinized the people who scurried like a legion of ants through the lobby. Not an ounce of warmth or friendliness emanated from the man. Obviously, he’d been chosen to be the hard-assed ying to the chief’s softer yang.

Darius and I introduced ourselves to both men and they led us to an elevator behind the security checkpoint. Inside the Art Deco compartment, we stood in silence, staring at the illuminated numbers as they increased during our ascent.

We exited into a small hallway that led to the offices of the mayor. Granite-Face checked in with the receptionist, and suddenly the inner office door swept open.

“Chief Fryer, thank you for coming on such short notice. I’m sure you mutilated your calendar to accommodate me.” Mayor Pilar Luna displayed a mega-watt smile while flipping her long, mahogany curls over her shoulder.

Fryer actually appeared to quiver with her praise as he took her hand. Promptly, he introduced Granite-Face as Lieutenant Keever, then gestured to us. “May I present Detectives Darius Cutter and Madison Divine? Darius and Madison are the lead detectives in adult missing person cases.”

The Mayor gave us the once over and shook Darius’s hand first. When she latched onto mine, I was surprised by the power the petite Hispanic woman held in her grip. The mayor was a favorite of the Los Angeles press. Her dark good looks and perpetual smile drew reporters like Santa Ana winds attract arsonists.

“I’m pleased to meet you,” she said, looking through me with her dark, wide eyes.

Releasing my hand, the mayor motioned for us to enter her inner sanctum. Before closing the door, she stuck her head back into the reception area.

“Crystal, unless someone is dying, don’t interrupt us. And when our guest arrives, be sure to bring him in immediately.”

While the mayor was distracted, I took the opportunity to look around. It was obvious the budget shortfalls plaguing the rest of the city weren’t being felt here.

Terra cotta silk drapes framed a postcard-perfect view of the downtown skyline. The hardwood floor was covered with a colorful area rug. In place of the usual city-issued harsh florescent lights, a wrought iron chandelier was centered over the conference table. A smaller version hung over the mayor’s rustic desk. The rest of the office was dotted with Mexican folk art.

“Won’t you have a seat at the conference table?” the mayor offered. “Would anyone like something to drink? Water, coffee, soda?”

“No thank you,” we all murmured, moving toward the large table.

I caught Lieutenant Keever checking out the mayor’s ass while she led us across the room. Her navy designer suit accentuated shapely legs, a tiny waist, and massive breasts no doubt created by a Beverly Hills surgeon.

I stood a little straighter and tucked a strand of my disheveled brown hair behind my ear. My jacket, black pants and sensible flat shoes were definitely not designer-made. But the mayor is never required to jump a wall chasing a suspect, and sometimes I am.

Chief Fryer hustled to pull out her chair.

What a suck up.

Once we were seated, all eyes turned to the mayor.

“I’m sure you’re wondering why I called you here and what is so urgent.” Pilar leaned forward. “I don’t know much. There is a woman missing, and for some reason Governor Truesdale has a vested interest.”