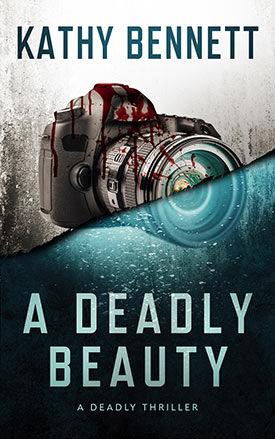 A local beauty contest is being terrorized with threats to the pageant officials and contestants. When one contestant is killed, and another contestant’s mother goes missing, Detective Maddie Divine is drawn into the case. But she has more on her plate than disappearances and death. Her elderly father-in-law suffers from dementia, and he’s been wandering away from home.

As Maddie tries to deal with the guilt of placing him in a senior care center, the pageant attacks escalate. She struggles to find the connection between all the crimes, and then, two more girls go missing. All dark avenues have to be explored, causing Maddie to traverse the drug trade, family relationships, stalking, and kidnaping. But can Maddie figure out who the true killer is before a young girl dies?

If you're a cop in Los Angeles long enough, two things are certain to happen. One is, you'll have official contact with a celebrity. The second is, you'll witness a traffic collision. Tonight was my night, and both happened in the same incident.

Paige Wilkinson's teen years consisted of smiling and preening before Tinseltown's paparazzi. Famous for being famous, mostly based on a viral sex tape, she made her final and deadly appearance sprawled spread-eagle at 3:40 a.m. on a desolate stretch of Balboa Boulevard. Her Jimmy Choo stilettos lay like spawn in the gutter water while her skintight Vera Wang dress bunched above her curvy thighs, exposing a neon pink thong displaying her initials, P.W. embroidered in black.

"Maddie Divine, what are you doing in this part of the city, especially in the middle of a warm summer night? Don't you know detectives usually work during day watch?"

My academy classmate, Burt Landsman, who currently worked at Valley Traffic Division, grinned with the boyish smile that had earned him the nickname Bashful when we were recruit officers fourteen years ago. "You're a detective, and you're working in the middle of the night," I challenged.

"Shh, somebody might realize I'm out here earning overtime. I've been on call out duty for the past week. What's your excuse?"

I nodded toward my plain-wrap detective car. "Working Devonshire Homicide. I got called out on a suspicious hanging death. Turned out to be a suicide."

Burt shifted his gaze to the body. "Gotta say, I'm surprised to see Paige Wilkinson as road kill. I saw on the news she'd entered some beauty pageant. You think she'd be getting her beauty sleep, rather than being out carousing before dawn. How'd you get involved in this?"

"I was heading home from the suicide and was stopped at the light at Lassen. Two cars screamed past me, a red Ferrari followed by a boxy black SUV. Both idiots were weaving in and out of the few cars on the road.

"I radioed it in and tried to keep the cars in sight until I could catch up with them. Looked to me like they could be racing or involved in a case of road rage. I was closing in until they blew the light at Rinaldi."

I glanced at the remnants of the red sports car strewn across the roadway. "Too bad the dead girl couldn't keep her Ferrari on the road." I swept my overgrown bangs out of my eyes. "She lost it on the curve at Orozco and rolled the car, hitting the curb on the off-shoot of Balboa."

"How fast do you think they were going?" Burt scribbled notes on a paper attached to a clipboard.

"What happened to the SUV?"

"Didn't even hit the brakes. Continued northbound on Balboa."

"Did you get a look at the driver?"

I shook my head. "I never got close enough." Hearing a commotion near the crime scene tape, I turned to see paparazzi pointing cameras in our direction. "Better hurry and get your privacy screens in place. Otherwise Miss Wilkinson's whoo-hoo will be the lead story on the morning news. The media has arrived."